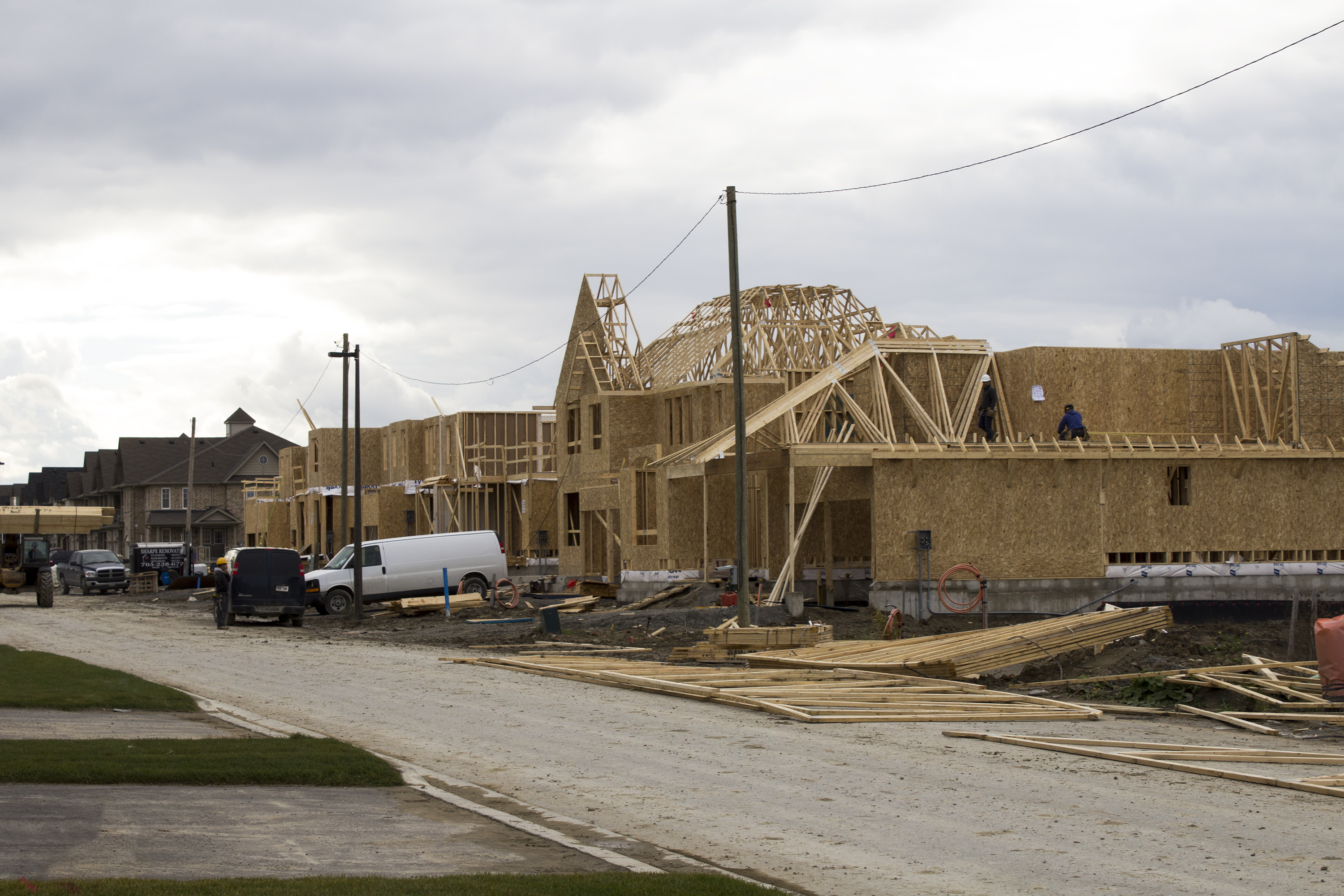 The Highway 400–404 Connecting Link is a proposed 16.2 kilometre, four-lane controlled access highway that will provide an east-west connection between Highway 400 in Bradford West Gwillimbury and Highway 404 in the Town of East Gwillimbury.  The Highway 400–404 Connecting Link is intended to alleviate congestion on east-west corridors across the Holland Marsh and to provide an alternative path from eastern Toronto and eastern Greater Toronto Area to Barrie and the rest of the Simcoe area. The Connecting Link would provide a key link between the Simcoe Area and York Region and would aid in economic development of the Simcoe Area and York Region.

The Highway 400–404 Connecting Link would reduce congestion, provide a significantly improved connection between York Region and Simcoe Area and make it easier to divert traffic between these roads when incidents occur. It would support a wide variety of travel for  commuters, transit, tourists and freight.
The Highway 400–404 Connecting Link is needed to help:
The provincial Growth Plan forecasts population and employment growth for York Region from 1.1 million people in 2014 to 1.79 million in 2041 and for Simcoe County to grow from 461,000 in 2011 to 796,000 in 2041. Employment will also grow in York Region from 565,000 in 2014 to 900,000 jobs in 2041 and in Simcoe County from 195,000 in 2011 to 304,000 in 2041.
Traffic and congestion remain key concerns for residents and businesses. Addressing these concerns is a top priority to ensure our communities continue to be places where people and businesses want to locate.
An east-west connection between Highway 400 and Highway 404 would reduce the demand on Regional, County and local roadways, enhance travel options and support employment opportunities in and around the surrounding communities.
Both York Region and Simcoe County provide major transportation corridors accommodating auto, transit, bicycle and pedestrian travel. These corridors provide travel across cities and towns and connect with regional transportation systems. While the Region and County are committed to building complete communities where residents can live, work and meet their basic needs, visitors and workers must also have multiple options of travel to key destinations. The following facts demonstrate this approach:

The Connecting Link is key to supporting growing economic development, specifically in the Towns of Georgina, East Gwillimbury, Bradford West Gwillimbury and Innisfil.
In northern York Region and southern Simcoe County, the Connecting Link is critical to reducing travel demand, improving life/work ratios and growing economic areas that drive the Canadian economy. Many companies are attracted to lands close to highways that allow the convenient movement of goods and easy access for employees.
Since completion of Simcoe County’s Transportation Master Plan in 2008, the County and its local municipalities continue to experience growth in employment and tourism, as well as seasonal and year-round residents. The number of commercial vehicles travelling in the area continues to grow. In Simcoe County, the largest forecasted commercial vehicle growth is expected in the minerals, manufacturing, food and automotive commodity sectors. This correlates with the existence of quarries and manufacturing plants in the County, including the Honda plant in Alliston.
Fifty per cent of York Region residents commute to other regions for work. York Region residents have some of the longest commute times and distances in the Greater Toronto and Hamilton Area. By providing attractive spaces for economic development and convenient transportation opportunities, commute times and distances are reduced as residents find opportunities to live close to their work. York Region is committed to continued creation of communities where people want to work and live, reducing traffic on our roads and improving overall quality of life. Increasing attractiveness of planned and potential future employment areas is key to success in this regard, as a vibrant and qualified labour force live in these areas and currently commute to other areas.
In Simcoe County, an important indicator of long-term growth opportunities is the relationship between the number of jobs and the number of resident workers. Data from 2006 indicated the number of resident workers in the Simcoe area, 142,540, far exceeded the number of available jobs of 83,525. This means a significant number of Simcoe County residents also commute outside of the Simcoe area for employment.

A number of successful Provincial projects are improving travel in the area. The completion of the Highway 404 extension from Green Lane to Ravenshoe Road (which now carries up to 50,000 vehicles daily), ongoing projects such as bus rapid transit, as well as plans for Regional Express Rail and the Highway 427 extension are a few examples.
Moving goods and people efficiently is a priority for all levels of government and York Region and Simcoe County are pleased to continue working together to find new ways to plan for transportation to address current congestion, new trends and technologies and future growth.
York Region and Simcoe County are also taking steps to change behaviours and enhance its current road network. One area of improvement York Region is working towards is refining its grid and reducing the number of barriers in its roadways to minimize the stress on main corridors. To achieve this objective, it is increasing the number of roads going east-west, such as roads crossing over Highway 404 and 400.
Growth will continue, however, without additional support to the road network to maximize what is already underway, and congestion will continue to adversely affect the way goods and people move. The Highway 400–404 Connecting Link is vital to improving connections, especially east-west travel, resulting in improved transport time connecting suppliers and manufacturers between York and Simcoe, as well as reducing traffic on already congested arterial roadways.
The Connecting Link is considered easy to implement as it is already an Environmental Assessment-approved new corridor, and the corridor has a protected right-of-way. Both York Region and Simcoe County support the new highway.