On March 7, 2018, Georgina Council voted to build a new stand-alone Civic Centre on the same campus property, replacing the current building that was built in 1958, that has reached its capacity and life expectancy.

The decision follows extensive analysis and reports that have explored the state of the current Civic Centre building, other potential locations and options for a retrofit of the current building versus a new build.  A building condition review in 2016 identified many areas where improvements are required on the building in order to comply with current Accessibility for Ontarians with Disabilities Act (AODA) also addressing many deficiencies in the areas of health, safety and operational risks. Earlier this year, routine air quality tests determined there was a presence of ‘mouldy odours’ in sections of the building which prompted the closure of two separate areas to allow for remediation work to occur.

Reports will continue to be presented to Council as the plan moves forward with public consultation integrated into the process.  One of those reports includes recommendations on the future use of the current Civic Centre building. 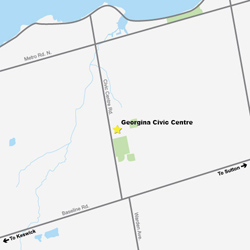 Check out the proposed

How much will a new Civic Centre cost?

Like any construction project, you don’t know how much it is going to cost, until you know exactly what you are building. In the 2018 budget, $1.5 million was allocated for the site review and the concept design work. The overall budget for the new Civic Centre will be finalized during this process also taking into account key factors such as project timing and construction methodology. The preliminary cost at this point is estimated to be around $26.5 million.

Why can’t the current building be fixed rather than build a new one?

The 60 year-old Civic Centre building has been the subject of much analysis by experts, looking at all viable options. Given the number of improvements that are required including compliance with Ontario’s accessibility standards in addition to other deficiencies in the areas of health, safety and operational risks as well as the need for additional space, it has been decided that building a new one makes the most sense.

Significant investment will be required whether the Civic Centre remains in its current use with a complete retrofit and on-going repairs, or the funds are directed to build a new efficient building designed to function as a municipal administration building. The repairs, updates and operating costs of an inefficient building such as the current Civic Centre will continue to increase over time.

Will my taxes go up as a result?

Property taxes support the operations of facilities owned by the Town whether it’s a recreational facility or municipal office. When you look at an older building such as the current Civic Centre, it becomes increasingly expensive for continual improvements or ‘fixes’ to an aging building that was not originally built for its current use.

Comparing the 30-year life cycle of the current Civic Centre versus a new build, the ‘fixes’ on the old building add up very quickly and eventually the same money will be spent on both. However with one option, you have a newer more efficient building designed for a specific purpose, while the other you are still left with an old building that still requires on-going updates. Other projects such as the MURC or South Keswick Fire Hall are funded primarily through Development Charges. Development charges are fees collected from developers through the development approvals process. The fees help pay for the cost of infrastructure required to provide municipal services to new development, such as roads, water and sewer and other infrastructure.

Where will it be built?

The new Civic Centre will be built on the same property where the current building exists on Civic Centre Road. It still needs to be determined where exactly on the present Civic Centre/ROC (Recreational Outdoor Campus) property will be most suitable. The ROC campus is home to several other Town amenities including: the tubing hill, climbing wall, high/low ropes course, bike park, splash pad, ball diamonds, playground, Pioneer Village, soccer fields and animal shelter.

If a new Civic Centre is being built, what will happen to the old one?

The future of the current building still needs to be decided and options will be presented to Council for determination.